Canadians with criminal records experience high fees and long waiting periods when they plan to apply for Record Suspensions (pardons). The government has promised to reform the system, but more than halfway into its mandate, no legislation has been introduced.

Why is it taking so long for the government to reform the pardon system and will they have time to pass legislation before fall of 2019? 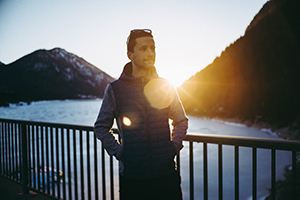 The legislation the government will likely introduce will be different from anything previously in place. This is suggested by the consultation process undertaken in 2016. In that process, the government proposed a variety of different options, including tiered fee structures and automatic pardons for non-violent, minor offences.

The potential complexity of the bill may be one thing that is causing the matter to be delayed. Currently, Canada’s Record Suspension program only distinguishes between two different types of offences: summary and indictable. One of the criticisms has been that the designation between the two can sometimes be based on arbitrary factors. For most offences, it’s the Crown prosecutor who decides. This is because most offences in Canada are “hybrid”, which means they can either be tried as summary or indictable.

Under the new bill, the government may rely on other factors to make a decision. Some jurisdictions that offer pardons have simpler processes for offences that are non-violent, one-time DUIs or minor possession of narcotics offences. Sometimes they base their policies for expungement on the length of the sentence.

Some would also like to see the government allow for the erasing of minor records after a certain period of time rather than simply allowing “suspensions”. In Canada, records are sealed and can be unsealed if a person reoffends.

The government could be waiting for recreational marijuana to be legalized. They could include a process for expunging possession charges in the overall pardon bill that they eventually release.

Will the government have time to change the law?

The major amendments to the Criminal Records Act were only made six years ago by the previous Conservative government. They are likely to oppose any changes proposed by the Liberal government. However, the changes made in 2012 have also been criticized as not being evidence-based and not providing any real benefit in terms of public safety. How hard the opposition will fight any changes proposed is difficult to foresee.

If new legislation does make it through the Parliamentary process quickly, it could slow down in the Senate. Lately, independent senators have been taking a more proactive role in studying and amending bills, while the Conservative senators have been employing their own delaying techniques.

For example, the government’s marijuana bill is experiencing delays and calls for more study and consultation in the Senate.

It’s not known when the government will introduce legislation and how long it will take to pass. This uncertainty has caused frustration for many people with criminal records who just want to go on with their lives through work, volunteering and other opportunities.

If you think the government should act faster to bring in a fair and affordable pardon system, please consider signing our petition.